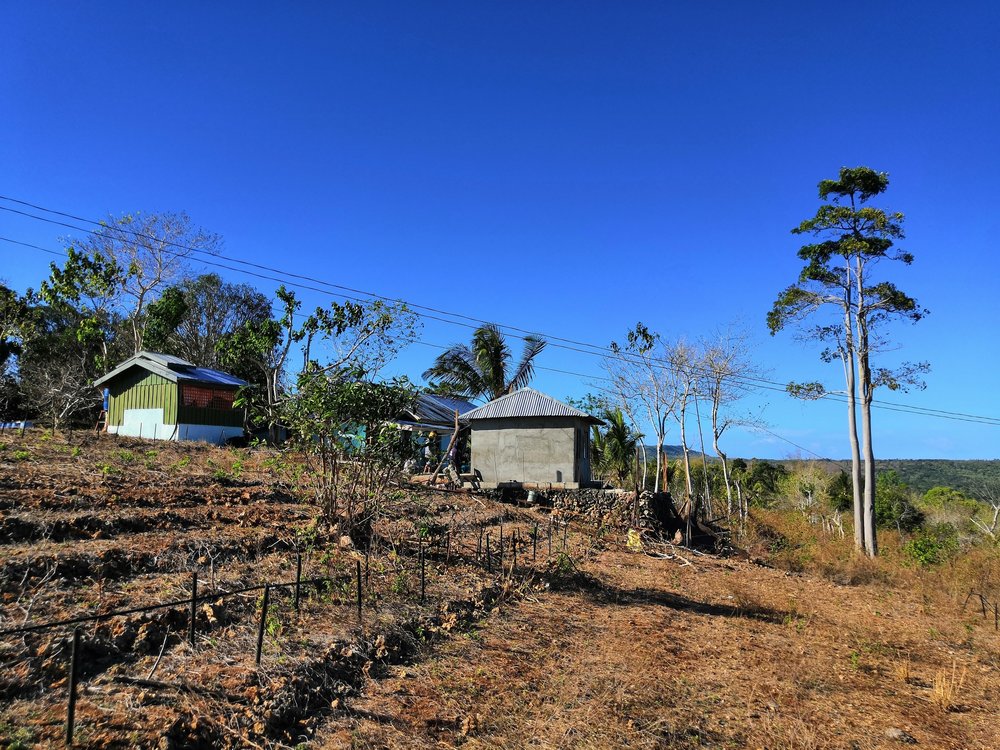 The Farm with No Water!

Please Help Us Build a Well

I recently headed back to the Philippines from Vietnam to continue working with our rollers in Siquijor. I arrived on March 12 and began looking for a place to live immediately. Last week I was driving around the town of Lazi and just started wandering down roads I had not been down before in hopes I would find something interesting. Well, I made a right turn up the hill, and just as I stepped toward the top to take some pics of the view, a woman passed by on a scooter offering me some land. I made it clear right away I was not in the market for land but was looking for a house to rent. She said she had a small house for rent on their farm. So, we drove over to check it out.

When we arrived at the farm, she started telling me that her father, Cesar B. Baroro, had been tending the land but he had passed away back in August 2018. She also mentioned he was awarded the Gawad Saka Award for the gardens he designed on the property and had a Certified Learning Site on the farm, which is connected to the Department of Agriculture as part of the Integrated Diversified Organic Farming System.

At this point I am starting to get the bigger picture; a Horticulturist myself, it was becoming clearer to me that this man was very passionate about his farm and gardens. So, I asked her to tell me more about her father.

“My father was very hard-working, creative, and smart. For a man who never finished schooling beyond grade two not only was he an amazing farmer but he knew how to fix radios, TV’s, and other mechanical and electrical things. He grew up on a farm and was taught at an early age that you had to work hard to survive and he taught his 6 children that through his hard work. He would stay up until midnight working on the farm. He used to carry water from the nearby spring to water his plants. His passion and the farm were what put all of his children through schooling.”

As I am looking around, I’m noticing everything is very dry and a lot of plants looked dead or almost dead. I thought, What a shame. Undoubtedly this man put a lot of hard work into the property. My next question was, What happened to the water? Apparently, due to the drought, they are only getting water 2 times a week for 2 hours. a total of 4 hours a week! I said WOW! Really? I asked her how they survive up here without water? There is a spring about 3km away from where they can carry water but that is just enough to do daily tasks. And just for the record, trying to run a farm with 4 hours of water a week during a drought is basically impossible.

So, we walked around and she showed me the little house, and the whole time I am thinking about how we can make this work for everyone. After seeing the small house, I realized it would actually be perfect for me. It was at that time I began discussing our project to see if they might be interested in working on production for Jungle Blunts. Once I explained what we do and what we were looking for we both agreed it was a good match and they had everything they need to get started, including a covered area that could fit at least 30 people! 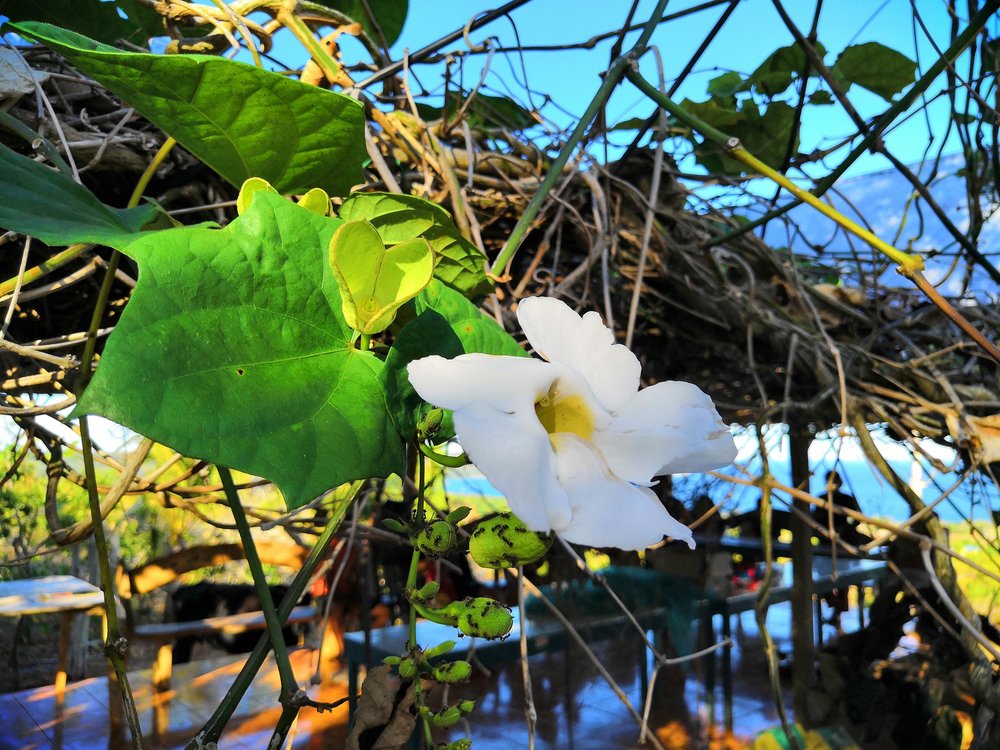 This vine is still hanging in there!

So, our next step is figuring out how to get this Organic Farm back up and running on some level. I recently created a new product using Sunflower leaves. My first thought was to grow sunflowers here because the full sun all day would be ideal. But there is only one issue, We have no water.

How are we going to get water? I think we need a well. I made a few phone calls to a couple of friends and was given the name of a guy from Australia who is apparently the most knowledgeable person on the island. We have an appointment this week for him to look over the property. Over the phone He gave us a ball park figure of 3,000 USD.

The price you see in the estimate is in pesos and charged per ft. The actually depth is unknown until we start drilling. Although 180ft to 200ft is how deep we would probably need to go according to Charlie. There is also the possibility we do not hit water and will still have to pay P500 per ft. We were told the driller has an 80% success rate. The only thing that would prevent hitting water would be what he called “Blue Clay” Which is a geological formation beneath the ground from millions of years ago.

The family and I are reaching out for some help. Many of us take for granted having running water but there are many people around the world who either don’t have water or have to travel far to get it. Most of the time carrying it by hand or pushing it in carts. I see it all the time here and it always makes me appreciate running water. This well will help 3 families and provide work/income for at least 30 people once we get going.

The plan is to maintain what is already here, Sineguelas and Dragon Fruit, Pineapple and then begin growing Sunflowers and an assortment of Herbs. Jungle Blunts would use the leaves of the Sunflower and the seeds would be sold at the local market for the family. So the family makes money from the Sunflowers also. The herbs will be used for making smudge sticks and packaged for medicinal purposes in the future for a separate project Jungle Blunts is working on.

A small contribution from you can provide a lifetime of water for the families who live here and allow the farm to become sustainable creating income for years to come.

Thank you in advance for your support and compassion for our situation. 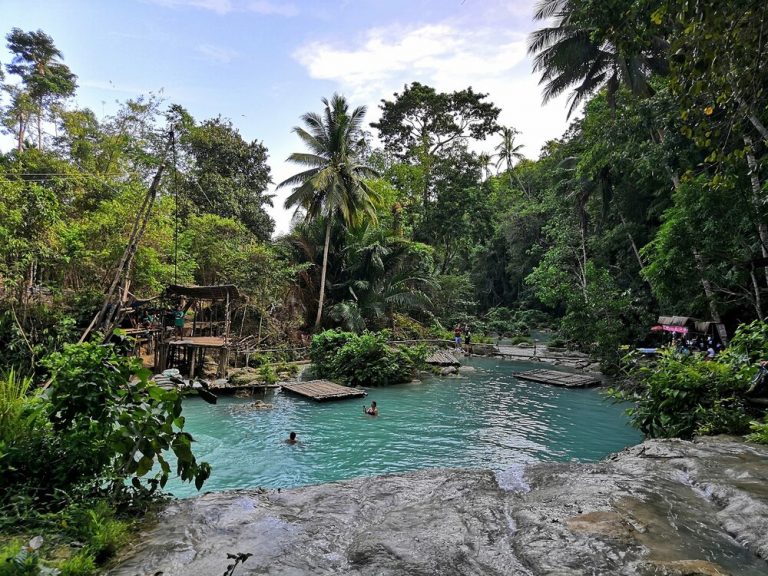 Affiliate Marketers Contest – Win a Trip to the Philippines. Winner ???? Gets 7 Days in Paradise on the beautiful Island of Siquijor AKA the Island of Fire. 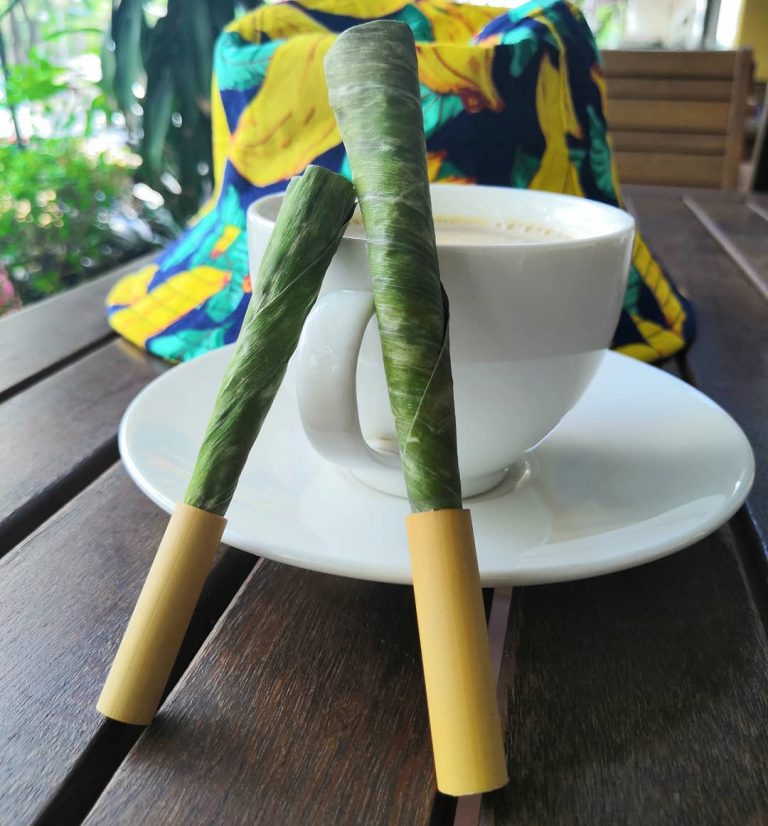 Banana Leaf Wraps Banana Leaf Smoking Wraps from Jungle Blunts are the Only LAB-TESTED Banana Leaf Blunt Wraps on the Market. We harvest our leaves from the jungle. Our curing process is natural and only REAL spring water is used to clean the leaves. Premium Blunt Wraps – Banana The most natural and organic slow-burning Premium… 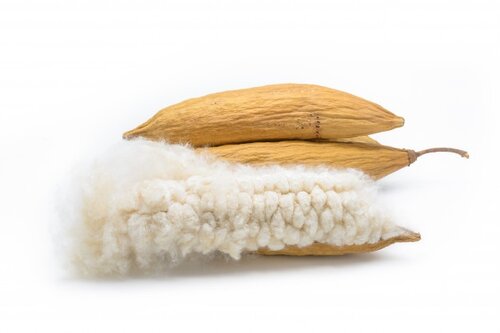 We recently sent out some of our new Kapok Fiber Filters. Here is how to properly pack the fibers into the bamboo tips. A step by step guide and some information about Kapok Trees, Scientific name Ceiba pentandra 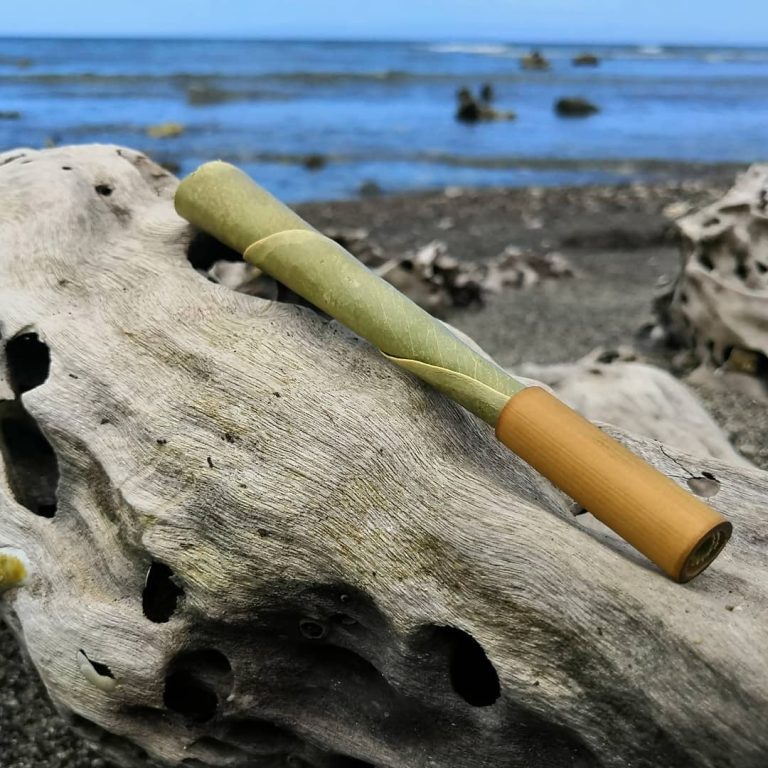 Learn how to pack a Jungle Blunt properly. Following these instructions will ensure your blunt smokes at its highest potential. 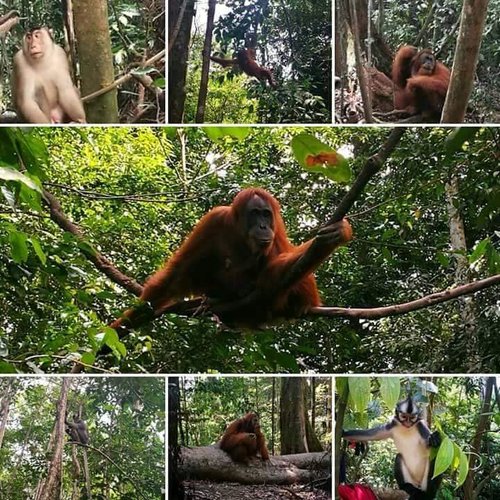 I recently connected with Josef Ginting to discuss building a website for his Jungle Tour Business. Well, as we were talking I began to realize a few things. 1. We have been wanting to introduce Jungle Tours and thought this could be a great collaboration 2. We want to expand our project into other countries. 3. We discussed poaching of animals in Indonesia and how Jungle Blunts could help 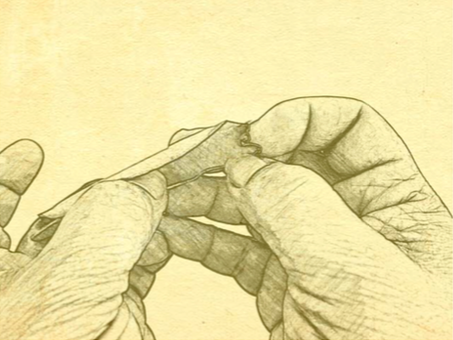 JAVA WRAP INSTRUCTABLE  The History of Lomboy Leaves The common practice here in the Philippines is to use Brown Lomboy Leaves to roll tobacco cigarettes. This practice goes back at least 200 years and is most commonly seen now in the southern region of the Visayas and Mindanao. The picture below is what I found…

You were not leaving your cart just like that, right?

Enter your details below to save your shopping cart for later. And, who knows, maybe we will even send you a sweet discount code :) 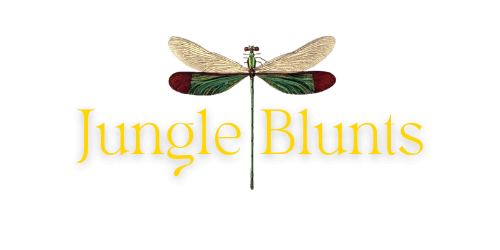 Manage Cookie Consent
To provide the best experiences, we use technologies like cookies to store and/or access device information. Consenting to these technologies will allow us to process data such as browsing behavior or unique IDs on this site. Not consenting or withdrawing consent, may adversely affect certain features and functions.
Manage options Manage services Manage vendors Read more about these purposes
View preferences
{title} {title} {title}
%d bloggers like this: